New
from Valve — creators of Counter-Strike, Half-Life and more — Left 4
Dead is a new game for the PC and Xbox 360 that casts up to four
"Survivors" in an epic struggle against hordes of swarming zombies and
terrifying "Boss Infected" mutants.
Set in the immediate aftermath
of the long-awaited zombie apocalypse, L4D's survival co-op game mode
is played out across four sprawling "Movies" set in a variety of urban
and rural environments. Each "Movie" has an over-riding team objective,
is comprised of five large maps, and may be played by 1 to 4 human
players.
New technology dubbed "the AI Director" is used to
procedurally generate a unique experience each time the game is played.
Just as in Hollywood films, the Director calls for new monsters,
sounds, and action as it tailors the gameplay experience based upon the
team's performance. 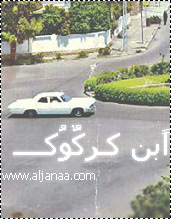